Adams County Bank was originally chartered in 1878 and has been serving South-Central Nebraska ever since. The main office has been located in Kenesaw, Nebraska since 1934.

To better serve our growing customer base the branch location was opened in Juniata, Nebraska in 1996.

In 2009, work began on the construction of a brand new building for the main office in Kenesaw. In 2010 the project was completed and the main offices of the bank were moved to their current location.

Adams County Bank has always been, and will continue to be, locally owned and operated. 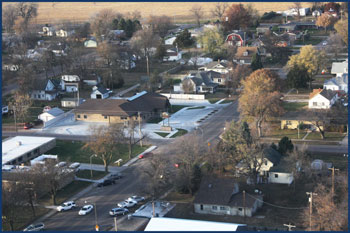